Scientists have been studying stem cells for decades, and many of their findings, all pretty remarkable, aren’t widely circulated. Periodically, we will share one of these stem cell research breakthroughs here on this blog.
Summary: The skin renews, heals wounds, and regenerates the hair that covers it thanks to a small group of stem cells. These cells continually produce new ones, which appear on the skin surface after a few days. A 2008, released online July 28, 2016, has identified two proteins that are fundamental to conserve skin stem cells, and shows that without these proteins these cells are lost. Researchers find that these proteins, Dnmt3a and Dnmt3b, are altered similarly to tumor cells found in leukemia, lung cancer and colon cancer, which may help researchers discover if the proteins contribute to tumor development.
Amazing stem cell  breakthroughs Section of the epidermis showing all its layers, with cell       borders in green and cell nuclei in blue (photo: Melissa           Mangione)

The first amazing stem cell research breakthrough you may never heard of is a 2008 study, published online July28, 2016 in the journal “Cell Stem Cell,” titled “Dnmt3a and Dnmt3b Associate with Enhancers to Regulate Human Epidermal Stem Cell Homeostasis,” led by Catalan Institution for Research and Advanced Studies (CREA) researcher Salvador Aznar Benitah, initiated at the Institute for Research in Biomedicine (IRB Barcelona).
Researchers identify two proteins— Dnmt3a and Dnmt3b—fundamental to conserving skin stem cells.
The study examines the continuous regeneration of the skin and hair that covers it, thanks to a small group of stem cells. Study researchers identified two proteins— Dnmt3a and Dnmt3b—that are fundamental to conserving skin stem cells. “Without these proteins, skin stem cells are not activated and the stem cells collapse and disappear from the tissue,” according Benitah, head of the Stem Cells and Cancer lab at IRB Barcelona.

Lorenzo Rinaldi, a la Caixa PhD student and first author of the study, identified all the regions of the genome that harbors these proteins. Rinaldi has observed that these two proteins exert their activity on gene enhancers and super-enhancers. Researchers were surprised to see that the two proteins, which had previously been associated with gene repression through DNA methylation, are activated in the most transcriptionally active regions of stem cells.
Researchers observe Dnmt3a and Dnmt3b at the genomic level for the first time
“We had never observed this activity because we were unable to study the global distribution 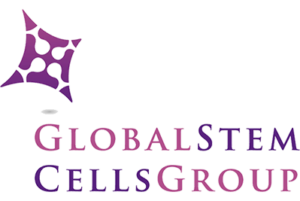 of Dnmt3a and Dnmt3b at the genomic level,” Rinaldi says. “Thanks to advances in sequencing techniques, more researchers are observing the very mechanism that we have described.”
Of the 12,000 gene enhancers in the genome, about 300 are super-enhancers related to stem cells. The two proteins exert their function in these regions in order to trigger the approx. 1,000 genes required for the self-renewing capacity of skin stem cells. By methylating the super-enhancer, these proteins trigger the first step of the machinery that leads to the amplified expression of these essential genes for the stem cell.
Link to cancer
Among the various features related to tumor cells are three components:
•  these cells show altered DNA methylation.
•  gene enhancers, in addition to the bodies of the genes themselves, are highly mutated. These observations have been made possible thanks to mass sequencing of tumor cell genomes.
•  these two proteins, Dnmt3a and Dnmt3b, are altered in many types of tumors, such as those encountered in leukemia, lung cancer and colon cancer.
Each of these three components is associated with the development of various kinds of cancer. Given that these proteins activate gene expression enhancers through DNA methylation, researchers believe that further studies of them in cancer cells would be helpful in determining whether they participate in tumor development.
The study was funded by the Spanish Ministry of Economy and Competitiveness and ERDFs. Benitah’s lab is also supported by The European Council for Research (ERC), the Worldwide Cancer Research Foundation, the Fundació Marató de TV3, the Fundación Vencer el Cáncer, the Fundación Botín and the Government of Catalonia.